Julian Haart purchased a 0.25-hectare (0.6 acres) plot of terraced vines in the Goldtröpchen with Andreas Adam. They were making wine together. By that time, we were obsessed with Adam’s Hofberg bottlings and so we took notice. Adam, however, was just the latest German wine world luminary that Haart had impressed – Julian had already studied with Klaus Peter Keller as well as Reinhard Löwenstein, Werner Schönleber and the legendary Egon Müller. That’s something like learning to draw under da Vinci, Dürer, Ingres and Picasso. It’s pretty serious.

Julian eventually went out on his own, with impossibly small parcels of old vines in the Piesporter Schubertslay (ungrafted vines up to 110 years old) and a vertigo-inspiring chunk of the Wintricher Ohligsberg. His first real vintage (2011) was basically still in bottle and all but sold out.

The overall style is clearly a type of Mosel – homage to Keller. The wines showcase a glossy, super-pure fruit that shrieks across the palate with a pushing, sharply delineated acidity. Pulverized slate, polished to a fine dust, coats everything.

If you can find a bottle, any bottle, watch out. 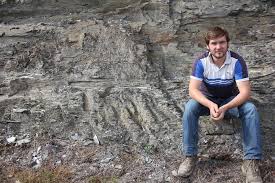