Domaine Bailly-Reverdy, named after original proprietors Bernard Bailly and Marie-Thérèse Reverdy, is situated in the village of Bué, 5 kms from Sancerre, famous for its great number of winemakers (approximately 30 families) and the diversity of its terroirs.

When Bernard Bailly decided to bottle the wine and to promote it himself in 1956, he gave a fresh impetus to the domain. A lot of famous restaurant owners were contacted and they chose to enter the wines of the “Domaine Bailly-Reverdy” on their wine lists.Therefore, a demand was and is still obvious : the quality of the wines had to be perfect. From this perspective, the most beautiful young vines are selected in order to breed them by grafting (this process was accomplished in the estate, at that time). This selection and the choice of the best adapted rootstocks to each terroir made it possible for the white Sauvignon and the Pinot Noir to develop their aromas to the top, respecting the taste of the terroir at the same time. The efforts made in the vineyards bore fruit in the cellar.

In 1979, Jean-François joined Bernard, his father, in the family business. More particularly, he decided to encourage wine exports. After studying oenology in Bordeaux, Franck, Bernard’s youngest son, came back to work in the estate. His commitment to the environment permitted to take a step forward towards the respect of the terroir.

In 2006 Jean-François passed away prematurely and in tribute to him, a new cuvée was called “Point d’Orgue”. It’s mainly made with grapes from “Chêne Marchand”, a plot where the “caillottes” give an extraordinary wine. Aurélien, Jean-François’s son, set himself up in business, after studying in Beaune and in Montpellier. He developed his work experience in New Zealand,and in the USA, before coming back to the estate where he’s in charge of the vineyard. 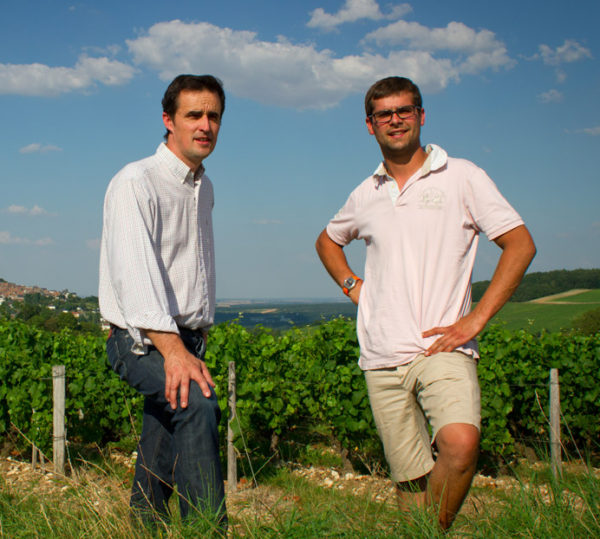