Florian Fauth is comfortable in his own skin, which is saying something these days for a winemaker in the Rheinhessen. The winemaking landscape here, after all, has undergone a nearly inconceivable, 180-degree sea-change in last two decades.

In one sentence, this region has gone from being the armpit of German wine to being the super star in the spotlight. Winemakers and estates that have been largely ignored for decades, now have people knocking on the door and clamoring for appointments.

There is, really, one major reason for this drastic turn of events: Keller.

Klaus Peter Keller is the most famous practitioner of dry German Rieslings and he’s from the Rheinhessen. More importantly, Keller currently works vineyards in the Rheinhessen. It’s funny: sites that were, only a short time ago, all but unknown to the general public are now mentioned with reverence and awe.

The fact that Keller’s wines have achieved jaw-dropping prices has inspired a small cottage industry of critics, media folks and yes, importers, to ask the all-too-obvious question: “Who is the next Keller?”

Thus in this context, Florian Fauth, who has continued over the last decade to make wines of clarity and balance, has assumed an surprisingly radical stance. Florian’s good-natured quality, his ease, his sense of proportion and his firm grip on what’s really important: you can see this, you can taste this, in the wines. It’s not that the wines don’t have ambition – far from it. Rather, it just feels like the wines are content in being really good, or in being great, or in being whatever it is they are… without having to shout about it.

What makes this all the more impressive and confusing and interesting is the fact that Florian’s sister is Julia Keller, which makes Klaus Peter Keller his brother-in-law. Seehof is only about a 10-minute drive from Keller; Seehof holds a good number of parcels in some of the aforementioned hallowed vineyards, including Kirchspiel and Morstein.

For the wines of the Rheinhessen, the key is limestone. This is what gives the wines their glycerin-induced sexiness. This is also what gives them the flair of acidity, a presence strong enough to counter the lavish extract and to keep the wines from feeling gooey or too heavy. It’s a delicate balance, but when you nail it, it is quite impressive. 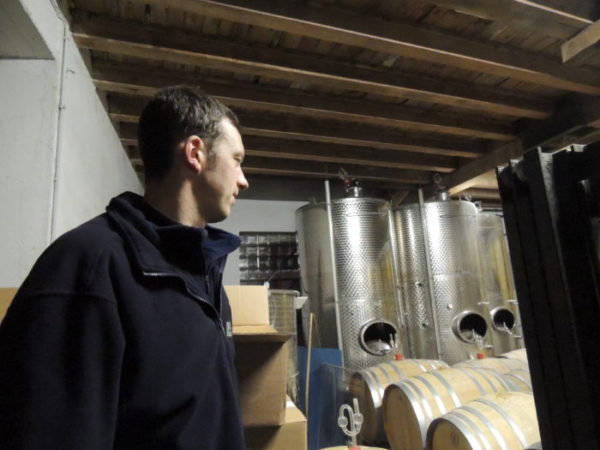